Oppo is going to launch a new smartphone very soon which is Oppo F19. This is great news for all not only Oppo lovers. They will be going to get a mid-range smartphone from Oppo. Recently Oppo launched the F19 series smartphone, Oppo F19 Pro. It is some different that, after launched F19 pro, they going to launch F19. However, this smartphone offering good things.

Oppo F19 is coming with package features. The phone runs with Android 11, ColorOS 11.1 powered by an Octa-core (2×2.2 GHz Cortex-A75 & 6×2.0 GHz Cortex-A55) processor. It used Mediatek MT6779V Helio P95 (12 nm) powerful chipset. its GPU is PowerVR GM9446. The device comes with 6.4 inches OLED display. Its image resolution is 1080 x 2400 pixels, 20:9 ratio. Display PPI density is 411. It comes with one variant which is 4GB+64GB. The phone is loaded with A quad camera set up on the rear side. Its primary camera is 48MP coupled with 8 MP ultrawide, 2MP depth, and 2MP macro sensors. The camera has a 4k video resolution and LED flash with HDR, panorama features. This smartphone has a 4310mAh Li-Poly (Lithium Polymer) battery with a 30W fast charger. The under-display fingerprint sensor is on other features of the phone.

The Oppo F19 will be launch on 6th April 2021. But, its launch date will be changed. When it will launch, we will update the latest news about this. 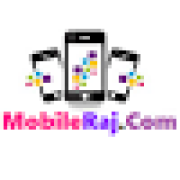